Instalink offers an extensive library of custom data transformation functions that can be used to change input data from one format to another. There is thorough documentation of these transforms on Instalink.io. Be sure to check out the transform documentation if you have any questions about the specifics of the behavior of the transforms.

It is important to note that the scripting syntax isn't actually a full-fledged programming language. So it's not analogous to ECMA design patterns like javascript or C. It is intended to be more similar to Excel spreadsheet functions. So Instalink scripting follows a similar design pattern to how someone would write transforms on table data in a spreadsheet as that was initially our target audience for this software.

Because of the intended audience, there are certain concepts like "if / else" conditionals, custom methods, variable declarations, loops, or in script references that don't exist in the Instalink scripts. Basically we didn't want to give someone the opportunity to write something like "while(true)" in a script and accidentally take down their services. Everything is tightly controlled to ensure that the operations always complete efficiently and safely.

Here are the basic tenants of the Instalink data transform design pattern...

► Every transform action has one or more transforms. These can be predefined or they can be custom transforms using the scripting syntax.

► The predefined transform functions are the same as the functions available to the custom script syntax.

► Every transform has four components:

► The lookup syntax for input keys, output keys, and any other lookup key all use the same syntax patterns:

► There is no specific return declaration in the scripts. So the value that is returned from the function is always applied to the output. If the functions are nested, the order of operation will always start with the innermost function first. For example...

► You CAN NOT have more than one top level function in a transform script. So the following is illegal within a single script...

► There is no guaranteed order or processing for transforms within the transform action.

► If an output key references documents or subdocuments that do not exist in the current process data, the documents and all required sub documents will be created to ensure that the output data can be stored at the correct location.

► With few exceptions, you cannot define variables within the scripting syntax. All inputs are derived from the values contained in the current process data.

So the following is not possible...

► "#" is used to denote comments which will not be processed.

► There are no loops in the scripting syntax.

All loops are handled either internally by specific functions that expect to operate on iterable values or by the bracket syntax in the input key.

► There is no if / else or switch statement logic in the scripting syntax.

There are several functions that can be analogous to such conventions such as MAP_GET. For example...

...is operationally the same as the following javascript...

Also, MAP_GET can also be used in a similar functionality to a switch statement...

► MAP_GET can be nested just like any other function with arguments which allows you to create complicated conditional statements.

Doing a MAP_GET with another MAP_GET as the default value is the same as doing an if / else if script.

► ${ ... } notation can be used to perform a statically defined lookup within a script.

...allows you to reference a second object in the script beyond the input value.

► The special function LOOKUP() can be used to perform dynamically defined lookups within a script.

► Beyond the functions, there are special constants that may always be used.

The above example is generally the same as the following javascript style object...

The brackets can also be used to define arrays...

...denotes an array where "A" is the first value and "B" is the second value. And the following...

...is the same as the following javascript style array with objects as each item...

► Basic mathematical operations can be performed in the scripting syntax.

For example, the following are both valid...

► You CANNOT concat strings in the syntax

You have to use a function...

These are the basic rules of the custom scripts. There are many more advanced features of the scripting engine which will be explained in more detail in future posts.

Call us to get started 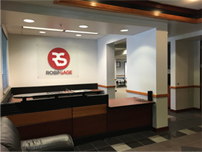